Past Season of Events Celebrating the agency’s future and commemorating the institution’s significant legacy to both photography and history, Magnum Photos presents contemporary and iconic work by Magnum photographers.

The public season of events will be focused on Magnum’s three anniversary themes of community, witnessing history and the Magnum Photos Now talks series. It includes exhibitions, screenings, panels, and sales, and will encourage people to get closer to the agency’s archival and contemporary work, highlighting the importance of the image in our changing world.

You can download a guide to all of these events along with a map here. 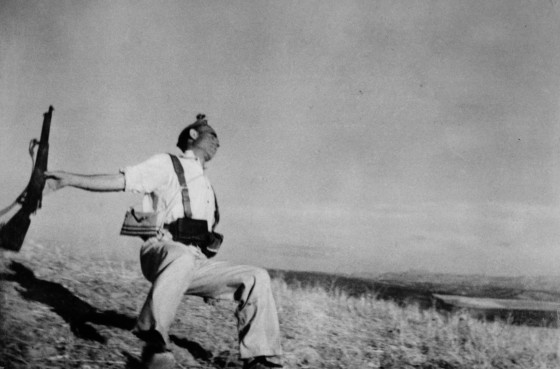 A landmark photography exhibition at the ICP Museum celebrating the 70th anniversary of the renowned photo agency. Curators Clément Chéroux and Clara Bouveresse demonstrate how Magnum Photos owes its pre-eminence to the ability of its photographers to encompass and navigate the points between photography as art object and photography as documentary evidence. Featuring group and individual
projects, this comprehensive exhibition and accompanying book publication by Thames & Hudson includes magazine spreads, newspaper features, and letters, putting some of the world’s most recognizable images in creative context. Sponsored by Canon.

In honor of Magnum’s 70th anniversary visitors can get admission tickets for $7 through June 30. Cite the discount code ’70YEARS’ to purchase these reduced price tickets in person only.

Click here for more information about the Magnum Manifesto exhibition.

Magnum: A Life In Photography

A digitized, rotating exhibit of over 300 historic and contemporary images shown across fifty screens at the Fulton Center in Lower Manhattan. From the early reportage work of Magnum’s founding fathers, including Robert Capa and David Seymour, to contemporary, personal visions of Magnum’s new generationphotographers such as Newsha Tavakolian and Carolyn Drake, this display highlights the continued importance of photography as both a journalist tool and form of self expression. In partnership with Westfield.

An exhibition of 70 pictorial and historical photographic icons, celebrating the diversity of the Magnum Photos agency and how its photographers have born witness to
major events of the last 70 years. Including seminal works by Susan Meiselas, Paolo Pellegrin, Martin Parr and Christopher Anderson, the exhibition spans the globe and covers regional events such as Arab Spring, South Africa under apartheid and the recent migration crisis. In partnership with Neuehouse and Picto NY.

+ 20% off PICTO for Magnum readers

At a time of major political disruption, with the rise of populism and a swing to the right in Europe and the USA coming hot on the heels of the Arab Spring, this exhibition takes a look through Magnum’s archive at photographs of protest from the 1930s to the present day. Photographs that have taken on a totemic value in popular culture, such as Eve Arnold‘s portrait of civil rights activist Malcolm X (1962), Marc Riboud’s Vietnam War protestor (1967) Stuart Franklin‘s Tank Man (1989) sit with powerful contemporary pictures from Ukraine by Jerome Sessini (2014) and Standing Rock (2017) by Larry Towell.

India in Full Frame presents sixty-nine photographs of transformative moments in Indian history by the pioneering photographer Henri Cartier-Bresson, including scenes of political upheaval, the final moments in Mahatma Gandhi’s life, and everyday people in Cartier-Bresson’s ‘street photography’ style that has influenced generations of artists.

In honor of Magnum’s 70th anniversary visitors can get admission tickets for $7 through June 30. Cite the discount code ’70YEARS’ to purchase these reduced price tickets in person only.

Raymond Depardon revisits his landmark Correspondance New-Yorkaise in a special new commission for the FIAF Gallery. New photos taken daily from May 1–11, 2017 will be displayed alongside his 1981 series, creating a unique portrait of the city across decades.

An exhibition of photographs of women by women photographers. Photographs from Magnum are shown alongside fashion photographs and highlight the difference between images of war, childhood, religion, sexuality, and style, while also celebrating the complexity of the female experience. 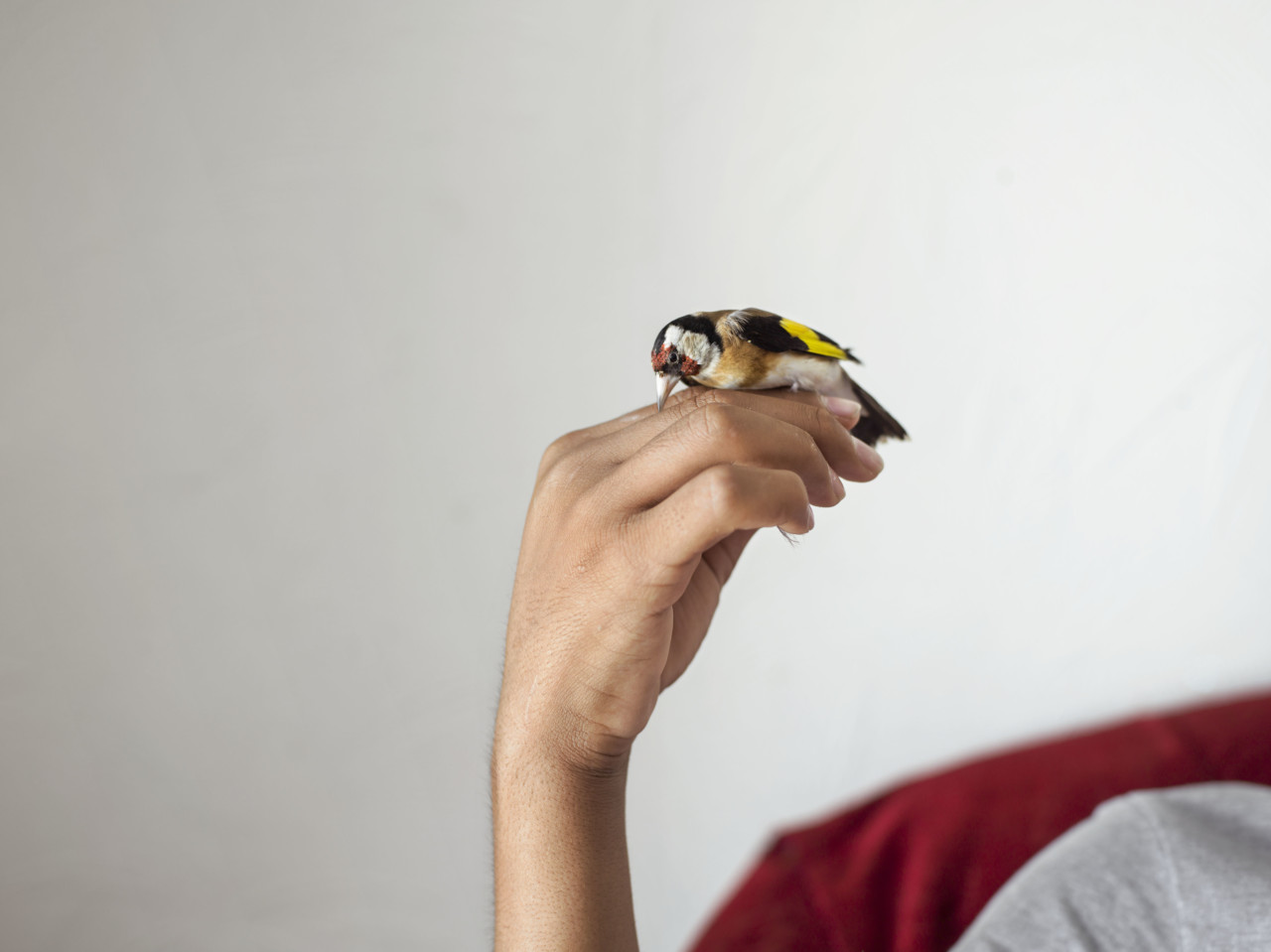 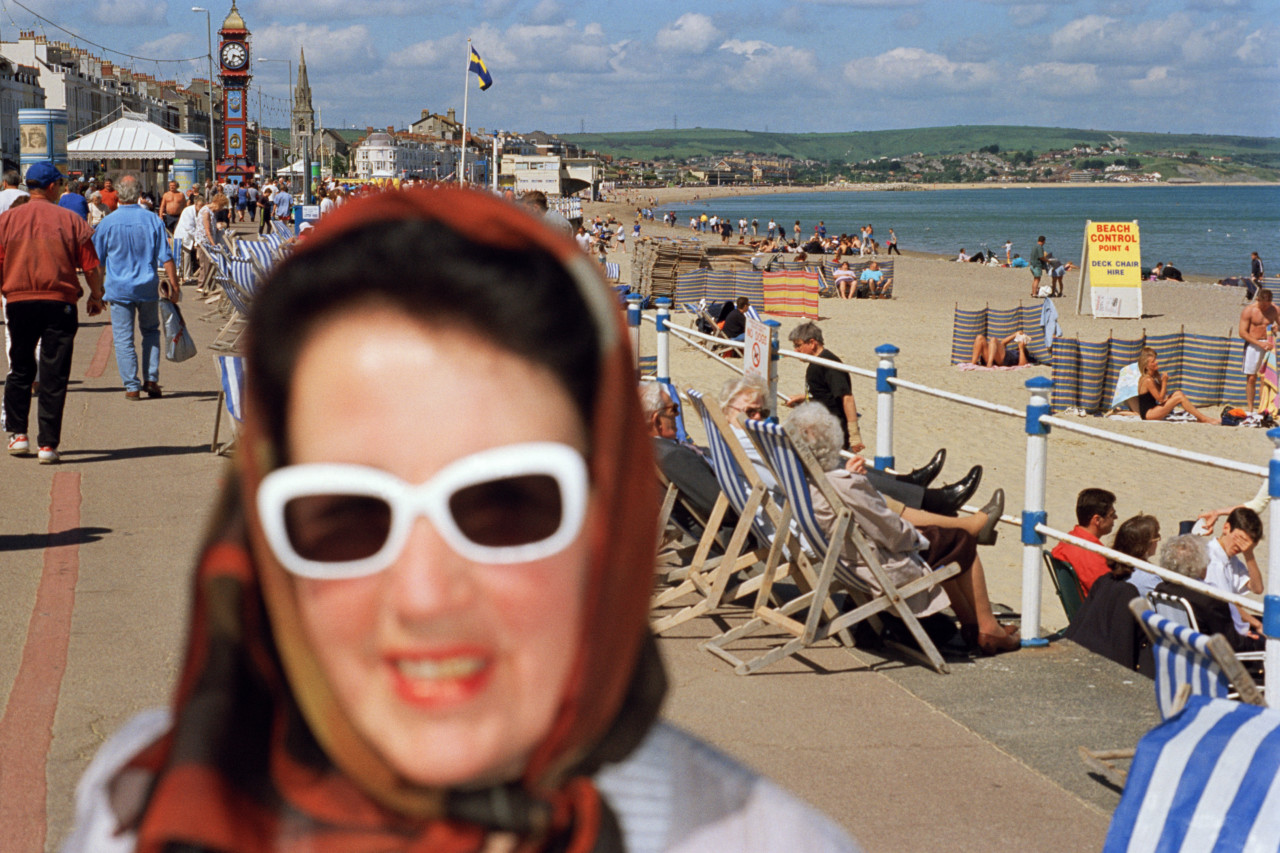 Metrograph is screening moving picture exploits by masters of the still image, including films by Susan Meiselas, Martin Parr, Eli Reed and Elliott Erwitt. The program will be accompanied by a special evening featuring ‘The Misfits’ and the work produced by the nine specially commissioned Magnum photographers who produced an unparalleled portfolio of images of this seminal title, it’s remarkable cast and stunning Nevada location.

$12 tickets (discounted from standard price of $15) for all Magnum screenings by saying “MAGNUM PHOTOS 70” at the Metrograph Box Office, located at 7 Ludlow Street. This discount can only be redeemed in person and is not available online. Seating is not guaranteed and is available on a first-come, first-served basis.

Beyond the Frame: International Cinema by Magnum Photographers

A program exploring the agency’s rich relationship to cinema through the lens of travelogues and art films, featuring artists who use moving images as an extension or counterpart to their photographic work to develop personal and auteurist storytelling. Expanding on the agency’s transatlantic history, Beyond the Frame spotlights work centered on Africa, Latin America, the US, and Europe, from the 1960s to the present. Photojournalism, fiction, and avant-garde media are alternately at play in the diverse treatments of conflict, social issues, and everyday moments. With selections from the agency’s Magnum Eye (1991–93) and Magnum in Motion (2004–today) initiatives, the series also investigates the technological and artistic transition from narrative cinema to video, and finally, to contemporary creators operating in a hybrid and online media field.

Click here for more information Beyond the Frame: International Cinema by Magnum Photographers. Paolo Pellegrin Eritrean migrants are seen in their boat as they are about to be rescued by MSF. Off the Libyan coast on July 27, 2015. © Paolo Pellegrin | Magnum Photos
License |

A series of lively monthly debates that consider critical discourses around photography and reflect on a range of subjects, presented in conversation with acclaimed Magnum photographers, writers and curators. In collaboration with the International Center of Photography.

AWAKE brings together a diverse group of independent producers of books, zines and photo-related printed materials alongside a reading room organized by 10×10 Photobooks. Attendees can browse the 10×10 reading room – and buy books and zines that address issues of liberty, resistance, and protest.

Click here for more information about Awake: A Book Bazaar and Reading Room. 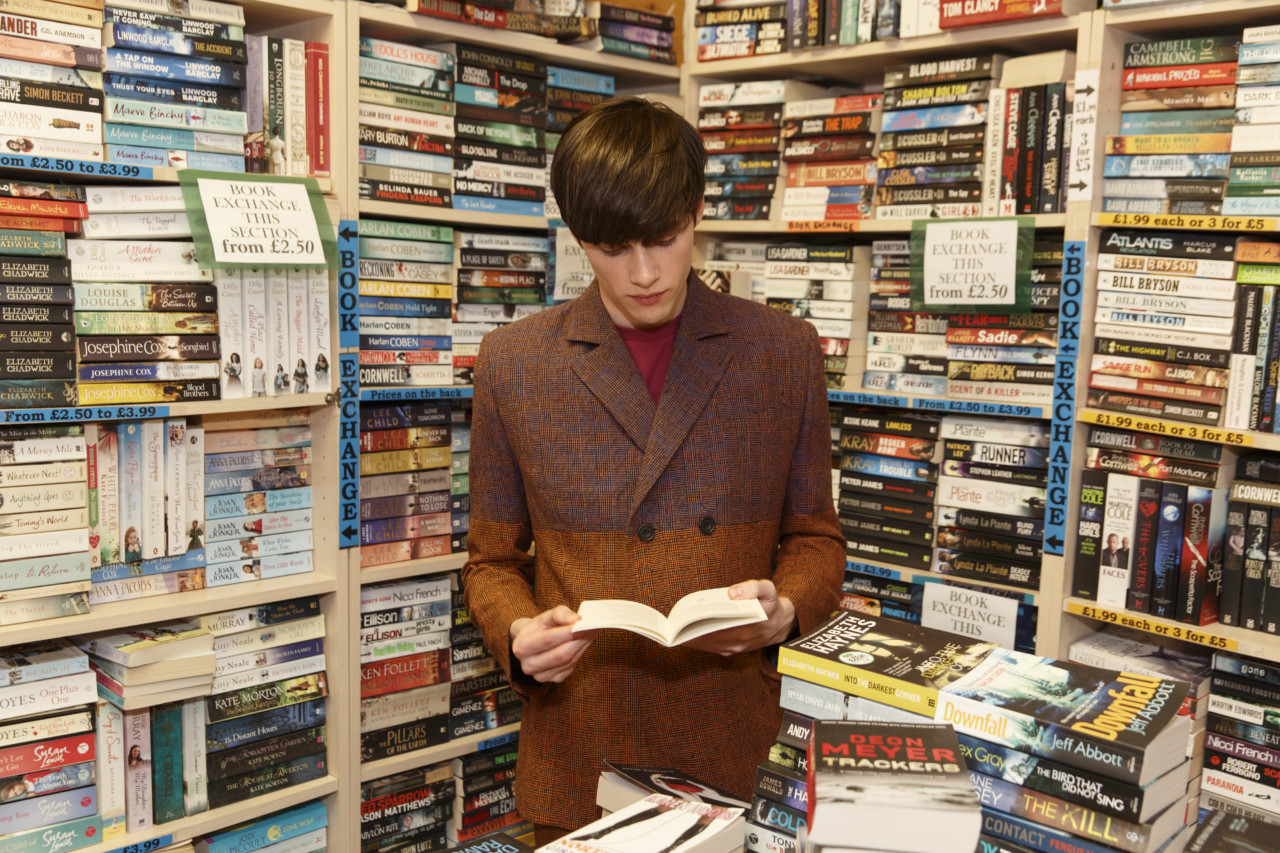 A two-day workshop led by Larry Towell, Olivia Arthur and Mikhael Subotzky, exploring the process of creating and publishing photobooks – starting from the very first stages of editing a project into a book to concept, design,
editing, audience and funding. The masterclass will be supplemented by debates and discussions chaired by Lesley Martin from Aperture.

Continuing Magnum’s long tradition of supporting the new generation of storytellers, this opportunity provides photographers with an honest critique of their projects, conducted by Magnum photographers including Thomas Dworzak, Bieke Depoorter and Mark Power.

A one-day symposium exploring photobooks with Martin Parr, Fred Ritchin, Susan Meiselas, along with other Magnum photographers, critics and publishers. Panels will cover the history and future of photobooks, how the photobook is used to address social and political conflict, and the move towards personal narratives which is invigorating the form. 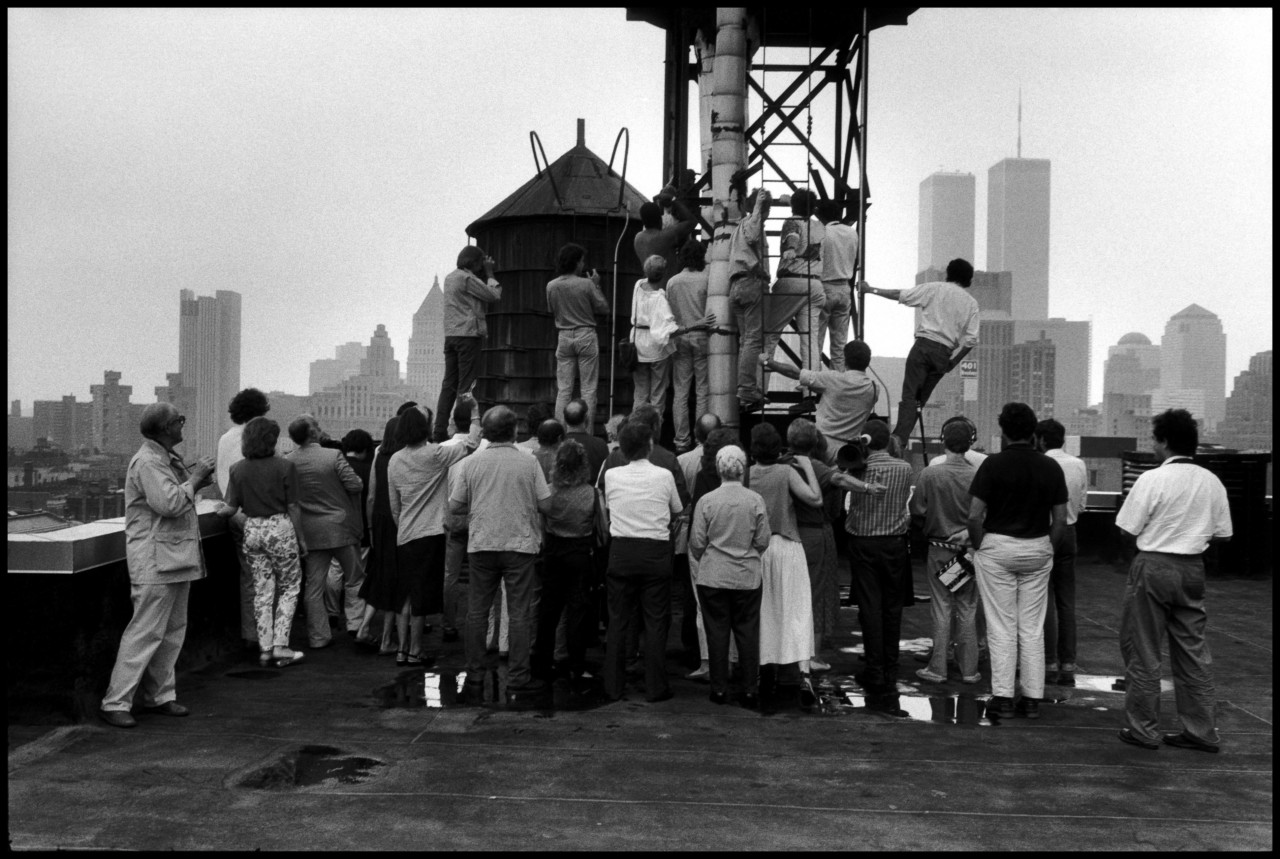 View and licence some of the our most iconic pictures from our dedicated 70th anniversary page on Magnum Pro.