The Live Lab exhibition shows the resulting work of a residency by three Magnum photographers in Clerkenwell, London Taking place in the Magnum Print Room, from the 19th of May until the 28th of July, the Live Lab exhibition shows the resulting work of a three photographers residency in Clerkenwell, London. The residency saw photographers Mark Power, Carl de Keyzer and Olivia Arthur working alongside each other and Museum of London curator Anna Sparham, responding to the locality and transforming the Print Room into a working lab for a two-week period, printing and editing on site. The exhibition stands as a celebration of and an inquiry into the medium of photography and the creative process of making. 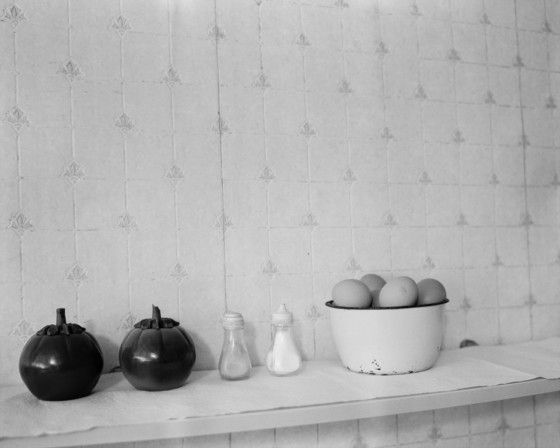 Clerkenwell at the Heart
Text by Anna Sparham, Curator of Photographs, Museum of London

London is a city of contrasts, but this appears overwhelmingly heightened in Clerkenwell and its immediate surroundings, especially as it meets the fringes of the City of London, Old Street, Camden and Islington. Here unfolds a distinctive, multi-faceted character. A stroll around promptly provokes you to look in all directions, up and down, engaging with an environment which can feel acutely sensory and tactile. Indeed, a connection with looking, observing and image-making is long standing in the area.

Kodak had a camera factory and store in Clerkenwell Road. The press industry and its associated imagery had thrived, from the Industrial Revolution engravings through to photojournalism in newspapers and picture agencies. Magnum itself moved into its current home in Gee Street in 1992; the building previously occupied by British Petroleum and used as their printing works.

The sensory and tactile impression created within the locality physically manifests itself through the fabric of the eclectic architecture. Together with the vicinity’s continued connection with the photographic print, tactility also extends through the historic and ever-present trend for craftsmanship, innovation and trade in the area. This geographical patch of London is so central to contemporary London life, yet so uniquely and inherently fused with its past. The area invites a consciousness of the layers of time – past and present, night into day – but also the physical layers above and below ground.

Working within the defined geographical zone outlined here, the three photographers respond to this framework; reflecting on the structures, the historical and contemporary characters and the richly diverse culture that makes up Clerkenwell. 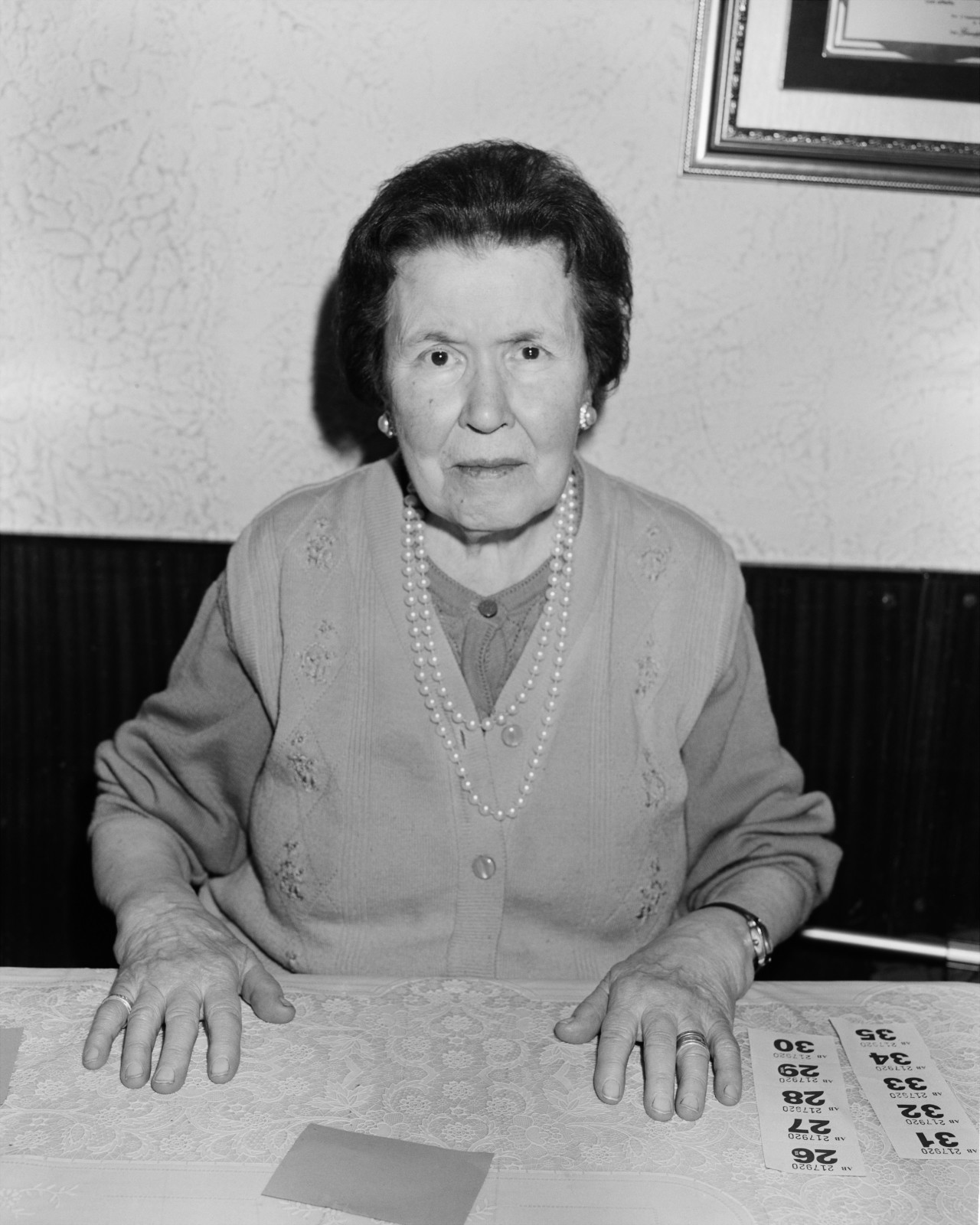 Initially inspired by the Italian migrant community which historically settled in Clerkenwell in the late 19th century, Olivia Arthur chose to photograph contemporary migrants. Embracing her tenacity for photographing people in their own environment, Arthur sought to make portraits of those who work, live or socialise in Clerkenwell, connecting with the migrant community that once was, and the transient diversity of the area today. Any legacy of ‘Little Italy’ centres upon St. Peter’s Italian Church and its social events alongside established Italian-run local businesses. Arthur’s subjects also include Clerkenwell residents from Trinidad and Ethiopia plus a jeweller and tailor from Hungary and Cyprus respectively. Using large format analogue cameras and occasional flash, Arthur developed her film negatives here within the Lab. Her monochrome portraits offer a warm, personable impression of contemporary life in the vicinity. Details of objects in the home and workplace add historic layers and context. Collectively the photographs are quiet yet energised with character and occasional humour. In response to the brief Mark Power first researched the area by reading Peter Ackroyd’s Clerkenwell Tales and George Gissing’s The Nether World. In doing so, Power equipped himself with historical knowledge and contextual imagery of Clerkenwell, which heightened his awareness and perspective of the local area’s rich history. Continual construction adding to an ever-changing landscape, Power focused on observing the layers of old and new evident in the architecture and building surfaces as they mix together. Embarking on a series of long walks to document this urban landscape, Power traversed the whole zone carrying his essential tripod to find optimum locations. Using a technical camera with a digital back, Power created images which are both compelling in sharp detail and contemplative in tone. The dominating structures and textures meet with people immersed in the scene. Such individuals bring extra narrative, extending the visual layers even further. With the exception of the Magnum office, the Clerkenwell area was entirely unfamiliar to Carl De Keyzer. His approach therefore was to explore the zone by foot, free of any preconceptions. De Keyzer walked the length and breadth with his digital medium format camera, additionally logging his journey map through a digital app. On the look-out for events in the vicinity that might offer spontaneous subject matter, De Keyzer succeeded in finding a film set, a gathering of football supporters and an armed forces celebration day. Outside of such organised events, De Keyzer demonstrated his sophisticated eye for capturing chance encounters on the street. Photographs of simple gestures, movements between people and their interaction with the surroundings offer subtle yet captivating moments. The images as a whole articulate the many contrasts and surprising elements to be found in the locality. The Live Lab exhibition will be on display in the Magnum Print Room between the 19th of May until the 28th of July.

A curation of the works produced during the residency will also be displayed at Western Transit Shed in King’s Cross, London, between the 24th of June until the 30th of July.

A conversation between Olivia Arthur, Mark Power and Anna Sparham will take place at the Museum of London on the 28th of June at 7pm, details can be found here.

The Magnum Live Lab is made possible thanks to the kind support of the Arts Council England, King’s Cross, The Hoxton, The Museum of London, F24, and Vovos Better World Fund. 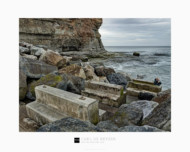