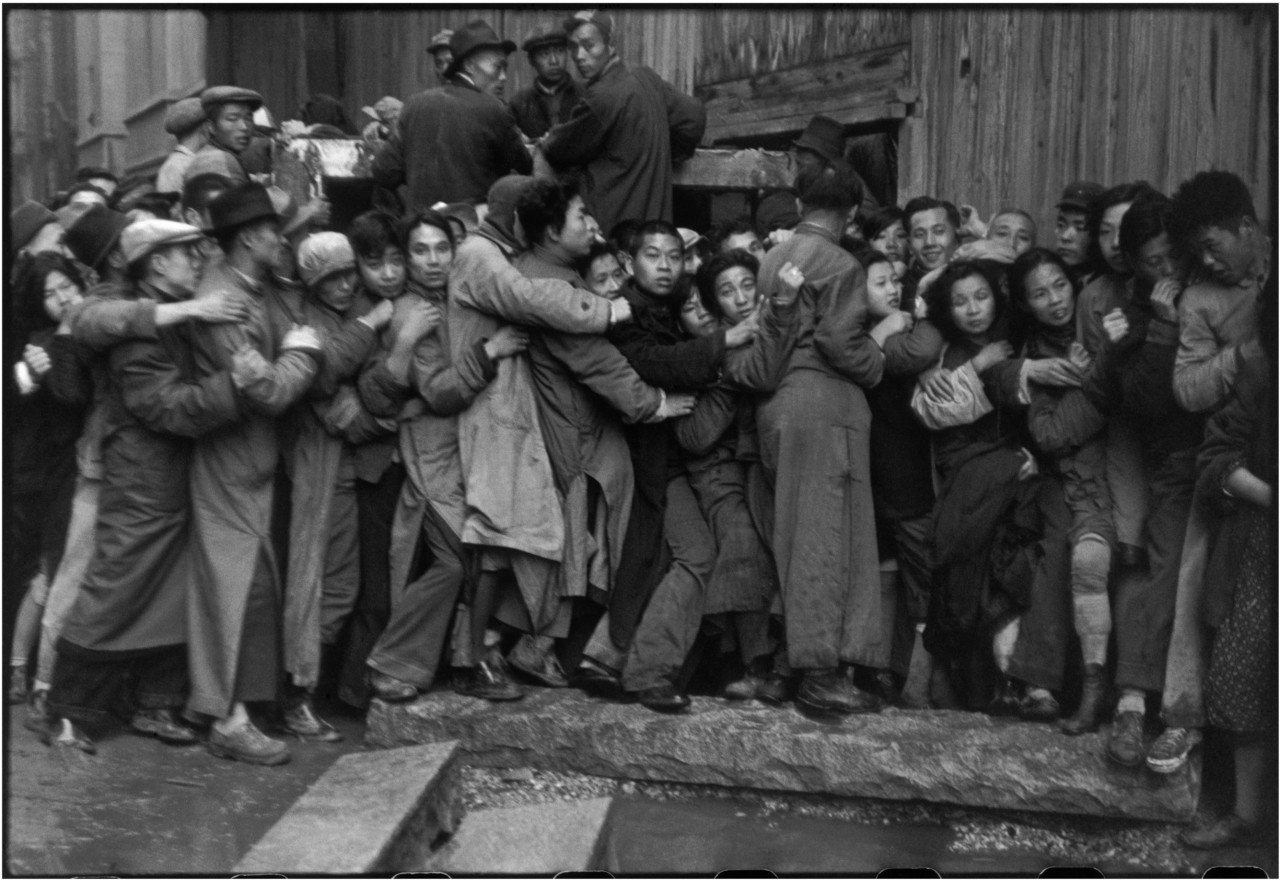 7
Henri Cartier-Bresson As the value of the paper money sank, the Kuomintang decided to distribute 40 grams of gold per person. With the gold rush, in December, thousands came out and waited in line for hours. The police, (...)
equipped with the remnants of the armies of the International Concession, made only a gesture toward maintaining order. Ten people were crushed to death. Shanghai, China. December 1948 - January 1949. © Henri Cartier-Bresson | Magnum Photos
License | 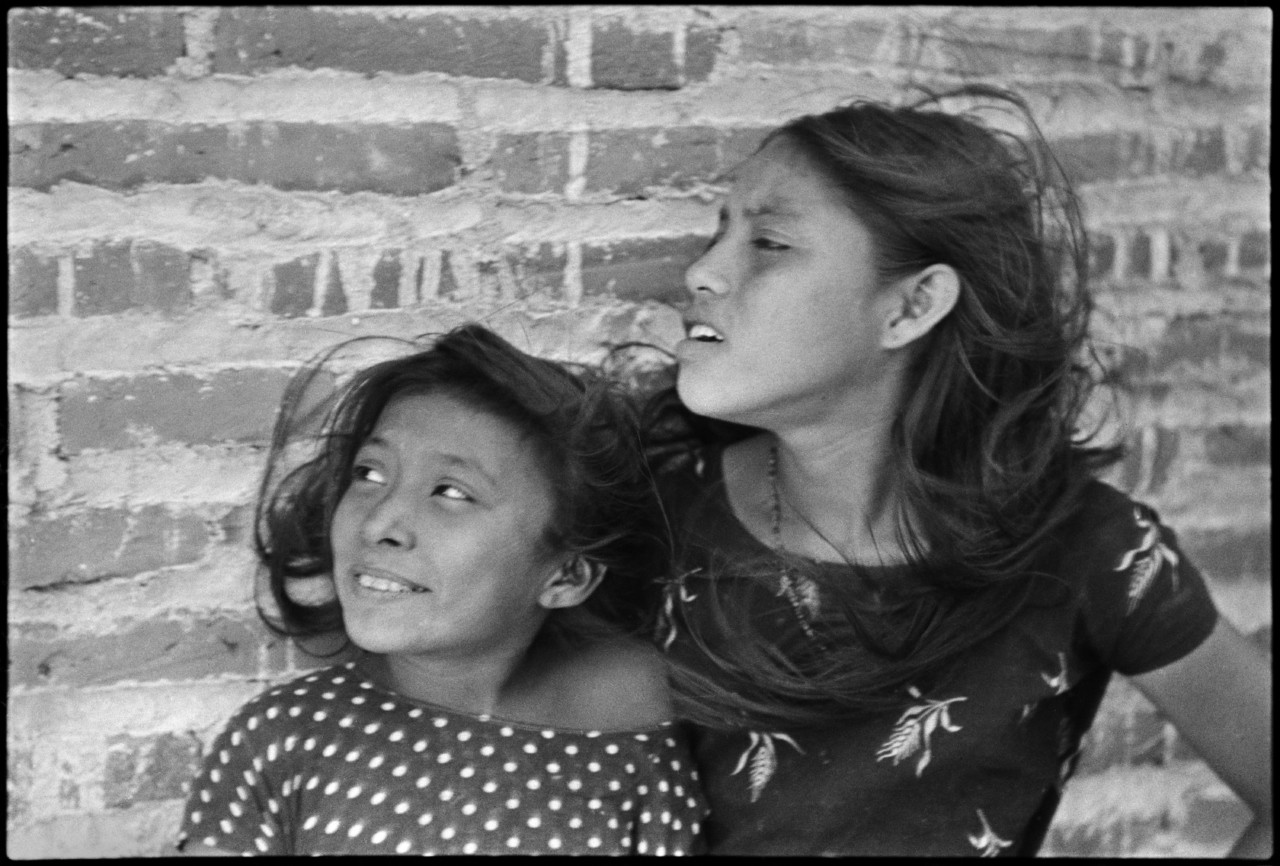 7
Henri Cartier-Bresson A newly-wed bride and groom at an outdoor café on the Marne. The couple were here for the entire afternoon with a full wedding party which included uncles, aunts and small children of the family. T (...)
he Val de Marne 'departement'. Joinville-le-Pont, near Paris, France. 1938. © Henri Cartier-Bresson | Magnum Photos
License | 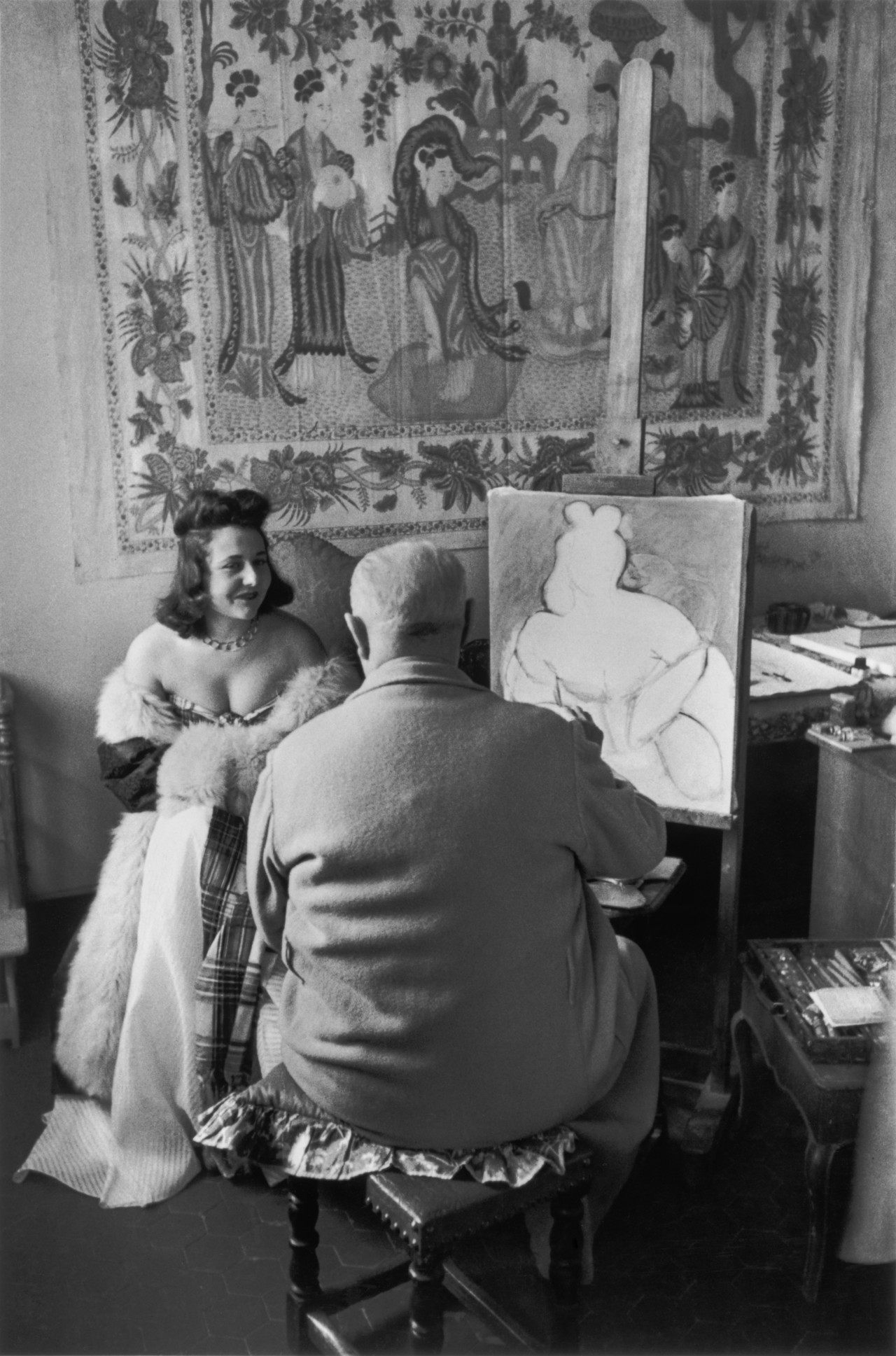 Since its publication in 1952, Images à la Sauvette by Henri Cartier-Bresson has come to be thought of as the “Bible for photographers” – according to Robert Capa’s own words. Images à la Sauvette is the fruit of joined efforts of the famous art publisher, Tériade, the photographer himself, two American publishers, Simon and Schuster, and a painter – Henri Matisse, who designed the original jacket. The publication of the book represented a turning point in the life of the photographer who co-founded Magnum Photos only a few years earlier in 1947.

The French title was concepted with Cartier-Bresson’s brother-in-law and cinema historian Georges Sadoul, and evokes the snatchers or street peddlers. Cartier-Bresson attested that the meaning of this idiomatic expression, the street vendors ready to run at the first request for a license, is very akin to his approach to capturing images. Tériade would then prompt the Cardinal de Retz quote, the epigraph to Henri Cartier-Bresson’s introductory text: “There is nothing in this world which does not have its decisive moment”. The American publisher hesitated to use a translation of the original French title and opted for something punchier, The Decisive Moment.

An exhibition at the Henri Cartier-Bresson Foundation in Paris, which runs until April 23, 2017, presents a selection of vintage prints as well as numerous archival documents that revisit the history of this publication.