The English Cathedral by Peter Marlow in Portsmouth

An exhibition of photographs taken by Peter Marlow between 2010 and 2012, of the Naves of all 42 of England's Anglican Cathedrals using natural light at dawn. “Marlow captures the intangible essence of all form that is generated by creative force: the enduring mystery of space within space” Martin Barnes, Senior Curator of Photographs, Victoria and Albert Museum

In 2008, Marlow was commissioned by Royal Mail, on the occasion of the 300th anniversary of the completion of St Paul’s Cathedral, to photograph six cathedrals. The resulting images of Lichfield, Belfast, Gloucester, St David’s, Westminster, and St Magnus in Orkney were issued as a set of six commemorative stamps and a miniature sheet. Once the commission was complete, however, Marlow was inspired to continue the project and in the following four years shot all 42 of the cathedrals of the Church of England. This endeavour can be viewed as a contemporary update to tradition of church photography in England, particularly the work of Frederick Evans and Edwin Smith. Taken in natural light at dawn, these remarkable images capture the luminosity of each interior as daylight emerges from behind the altar.

Through a recent acquisition of The English Cathedral by the Victoria & Albert Museum, Peter Marlow’s photographs depicting all 42 of the cathedrals of the Church of England are to be exhibited inside. 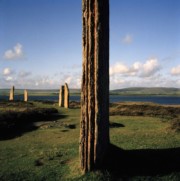