Sharing Visions: A Masterclass on Contemporary Image Making in Budapest

A five-day workshop and pop-up show with Bieke Depoorter and Peter Van Agtmael. 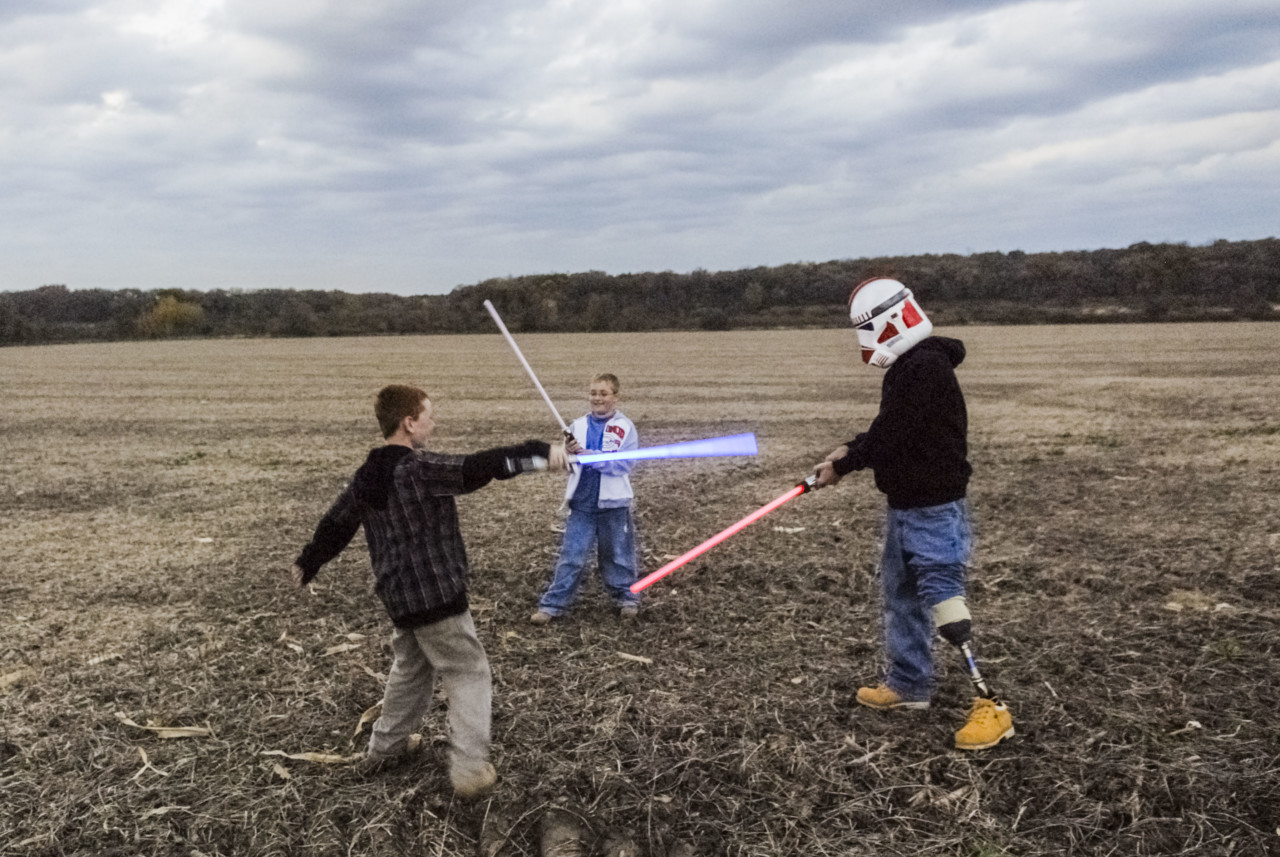 Peter van Agtmael Raymond Hubbard with his children, Brady and Riley. Since his injuries, Raymond has become an avid collector of Star Wars memorabilia. This is one of several family photos I took at Raymond’s req (...)
uest. Darien, Wisconsin. USA. 2007. © Peter van Agtmael | Magnum Photos
License |

Join Bieke Depoorter and Peter van Agtmael in one of the most exciting capitals of Europe for a five-day shooting workshop. The workshop will culminate in a pop-up show, at the Robert Capa Contemporary Photography Center.

During this week, Depoorter and van Agtmael will push you toward defining your ideas, before you work on creating a photographic story for a pop-up show. The week will be filled with shooting and idea development sessions, group critiques, one-to-one meetings and editing sessions.

You will have the opportunity to spend time with Bieke Depoorter and Peter van Agtmael on a daily basis, allowing you to ask for guidance and have your work reviewed throughout the workshop.

The pop-up show will be curated by both of the Magnum photographers, with input from a curator from the Capa Center. A selection of the projects will be featured in an online photography magazine.

Due to the fast pace and limited time of the workshop, participants are encouraged to start thinking about their story ideas before arriving in Budapest.

Shannon Ghannam, Magnum’s Global Education Director, will be available throughout the workshop for individual sessions looking at the practical aspects of being a photographer such as conceiving projects, having an online presence, creating a network, pitching stories, entering awards, and applying for grants.

The workshop will coincide with an exhibition of Robert Capa’s photographs at the center. 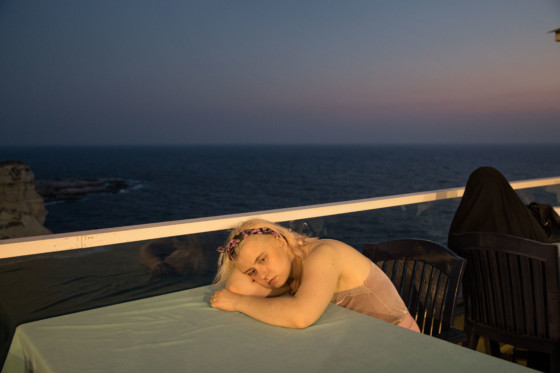 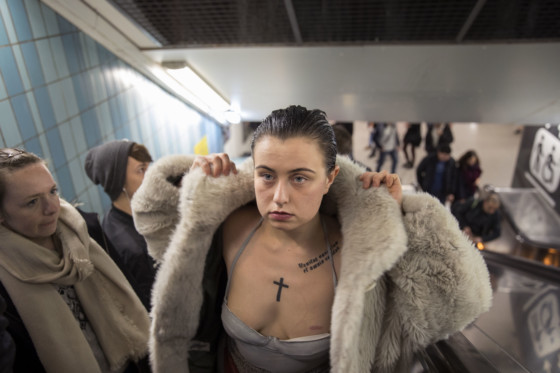 What this workshop offers?

9th – 13th December, 9.30am to 5pm with evening shooting and activities
We advise participants to arrive on the 8th and leave on the 14th of December.

Tickets: €1,300 (incl. VAT)
Terms and Conditions apply.
See the bottom of this page for more details.

Six Hungarian photographers have been selected to take part in the workshop thanks to a scholarship scheme funded by the Robert Capa Contemporary Photography Center.

Day 5
Editing for pop-up
Set up for show
Evening: public talk by Peter van Agtmael and Bieke Depoorter and presentation of the exhibition 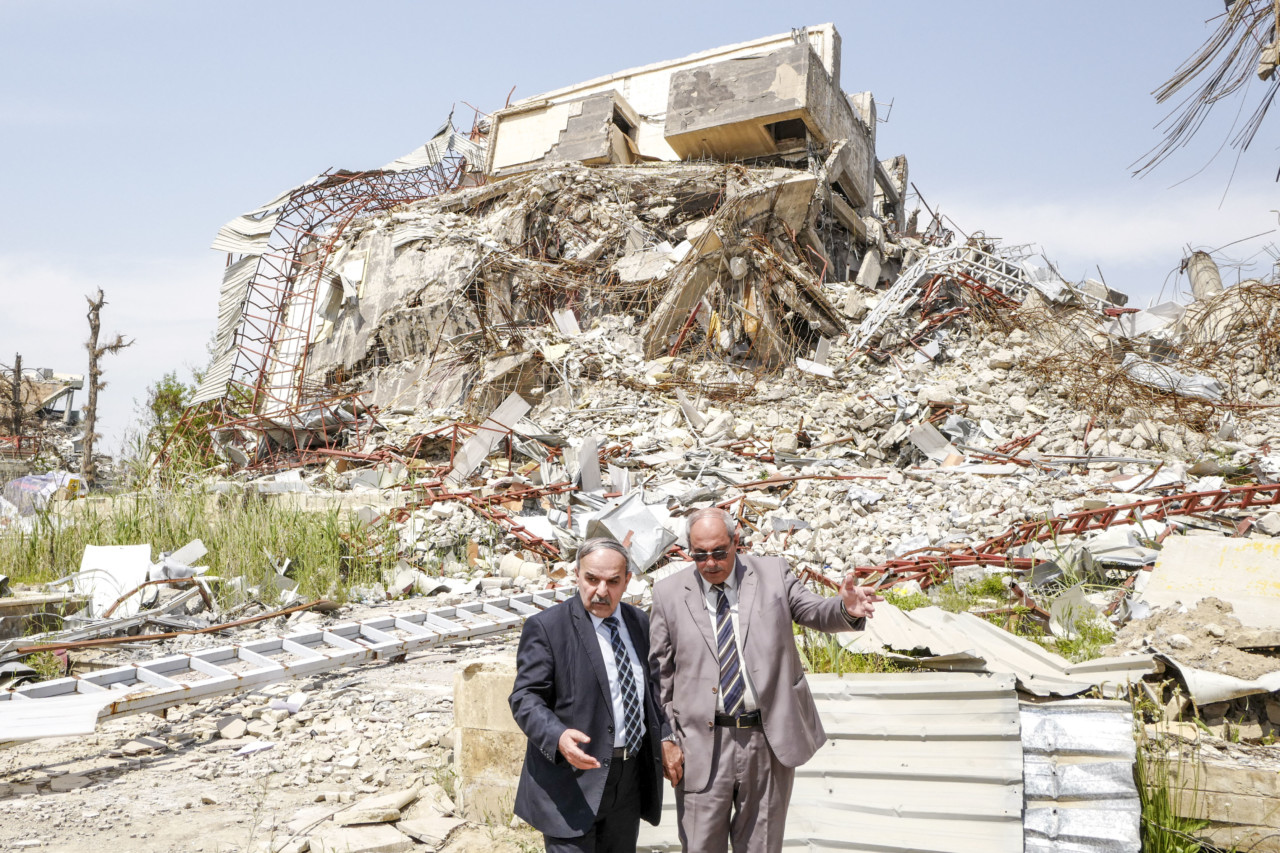 Bieke Depoorter is known for the striking intimacy she forges with her subjects, resulting in revealing, atmospheric images that open up private worlds. Her early colour photography work is the result of a unique approach: accidental encounters are the starting point and how these interactions naturally develop dictates the nature of Depoorter’s work. This unconventional approach has led to her to explore cultures in countries as varied as Russia, America, France and Egypt.

In her most recent project, Agata, (ongoing), she explores her interest in collaborative portraiture with a young woman who she met at a striptease bar in Paris in October, 2017. It’s an example of Depoorter’s interest in finding people that can work with her in telling a story; these stories are always partially hers, and partially theirs.

Depoorter was born in 1986 in Kortrijk, Belgium. She received a Master’s Degree in Photography at the Royal Academy of Fine Arts in Ghent in 2009. For her seminal project, Ou Menya, the young artist travelled for three months in Russia, to remote villages, guided by the Trans-Siberian Railway. She captured the privacy of people whom she met by chance and she gets to invite her into their homes and captures indescribable, fragile and intense moments, always with kindness. This work won her several awards, including the Magnum Expression Award in 2009. Her first book, Ou Menya, was published by Lannoo (Belgium) in 2011.

For a similar long-term project entitled “I am about to call it a day”, the photographer went to the United States. A book of the same name was jointly published in 2014 by Edition Patrick Frey (Switzerland) and Hannibal (Belgium). In Sète#15, and also Dvalemodus—a short film she co-directed in 2017 with musician Mattias De Craene— she began to see her subjects as actors. Although she portrayed them in their true environments, she tried to project her own story onto the scenes, fictionalizing the realities of her subjects in a way that blurred the lines between their world and hers.

As it may be is Depoorter’s newest book, published by Aperture, Editions Xavier Barral and Hannibal. She has traveled to Egypt regularly since the beginning of the revolution in 2011, making intimate pictures of Egyptian families in their homes. She gradually became more aware of her status as an outsider, both culturally and as a photographer so in 2017, she revisited the country with the first draft of her book, inviting others, to write comments directly onto the photographs. Contrasting views on country, religion, society and photography arise between people who would otherwise never cross paths. As it may be depicts a population in transition with integrity, commitment, and respect.

Peter van Agtmael is known for his deeply affecting, sometimes surreal images, which explore themes of conflict, history, memory, nationalism, militarism, race and class. He has spent more than ten years covering America’s wars from both sides and countless angles, from embedding with military forces in Iraq and Afghanistan to covering the civilian cost of the wars. He has also extensively documented the Israel/Palestine conflict.

Outside of conflict and its aftermath, Van Agtmael has documented many issues of social justice in America. Van Agtmael has also made impactful work in Haiti following the earthquake, AIDS in South Africa, the revolution in Egypt and in the borderlands of Uganda.

Along with his ongoing personal projects, Van Agtmael has photographed for many leading publications including The New York Times Magazine, where he has had multiple front covers. Commercial clients include [to be completed by commercial team]. His work is held at International Center of Photography, Museum of Fine Arts Houston, Deutsche Börse, Photography Foundation and Yale University Art Gallery.

Van Agtmael has published two major monographs; Disco Night Sept 11 (2014), documenting America at war in the post-9/11 era, (shortlisted for the Aperture/Paris Photo Book Award and was named a ‘Book of the Year’ by The New York Times Magazine, Time Magazine, Mother Jones, Vogue, American Photo and Photo Eye) and Buzzing at the Sill (2017), which explores the margins of contemporary America and was shortlisted for the 2017 Rencontres D’Arles Book Award. It was also named a “Book of the Year” by Time, The Guardian, Buzzfeed, Mother Jones, Internazionale and LensCulture.

He is the recipient of numerous awards, including the W. Eugene Smith Grant, the ICP Infinity Award for Young Photographer, the Lumix Freelens Award, the Aaron Siskind Grant, a Magnum Foundation Grant as well as awards from World Press Photo, American Photography Annual, POYi, The Pulitzer Center, The Center for Documentary Studies at Duke University, FOAM and Photo District News.

Van Agtmael joined Magnum Photos in 2008 and became a full member in 2013.