Magnum photographers captured the many facets of the influential actress 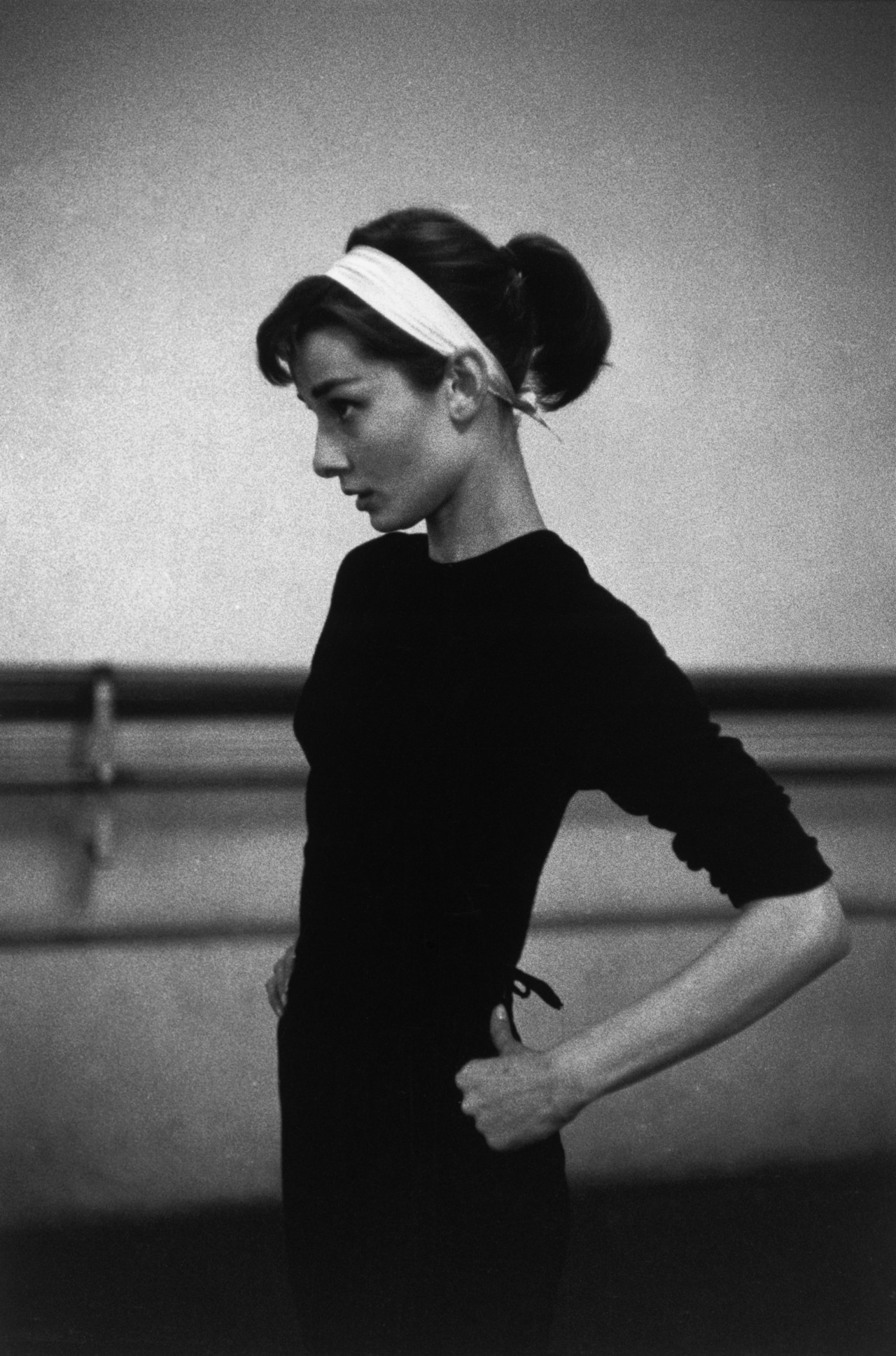 David ‘Chim’ Seymour’s image, above, is now available – for the first time ever – as a limited edition 8×10″ Magnum stamped print. You can see all images available in this selection— the first collection of Magnum Editions— and learn more about the 8X10″ prints here, on the Magnum Shop.

Some of Hollywood’s most memorable muses are easily reduced to their black & white likenesses. The greats among them – Marlene Dietrich, Greta Garbo, Rita Hayworth – were photographed so frequently during the so-called golden era of classic Hollywood that their snapshots have since become a simulacrum for their wider impact within cinema, or on style – their features recognizable now for the fridge magnets or trinkets that tend to bear likenesses in souvenir shops around the world.

But for Audrey Hepburn, who was photographed by the likes of Richard Avedon, Philippe Halsman and Inge Morath among many others, the photographs, while great, represent just a fragment of the woman she was. A dancer, actress, mother, and human rights advocate, Hepburn’s extraordinary start in life seemed to calcify within her an empathy that connected her to everybody she met. And in turn she became, to many of them, a very particular kind of muse. 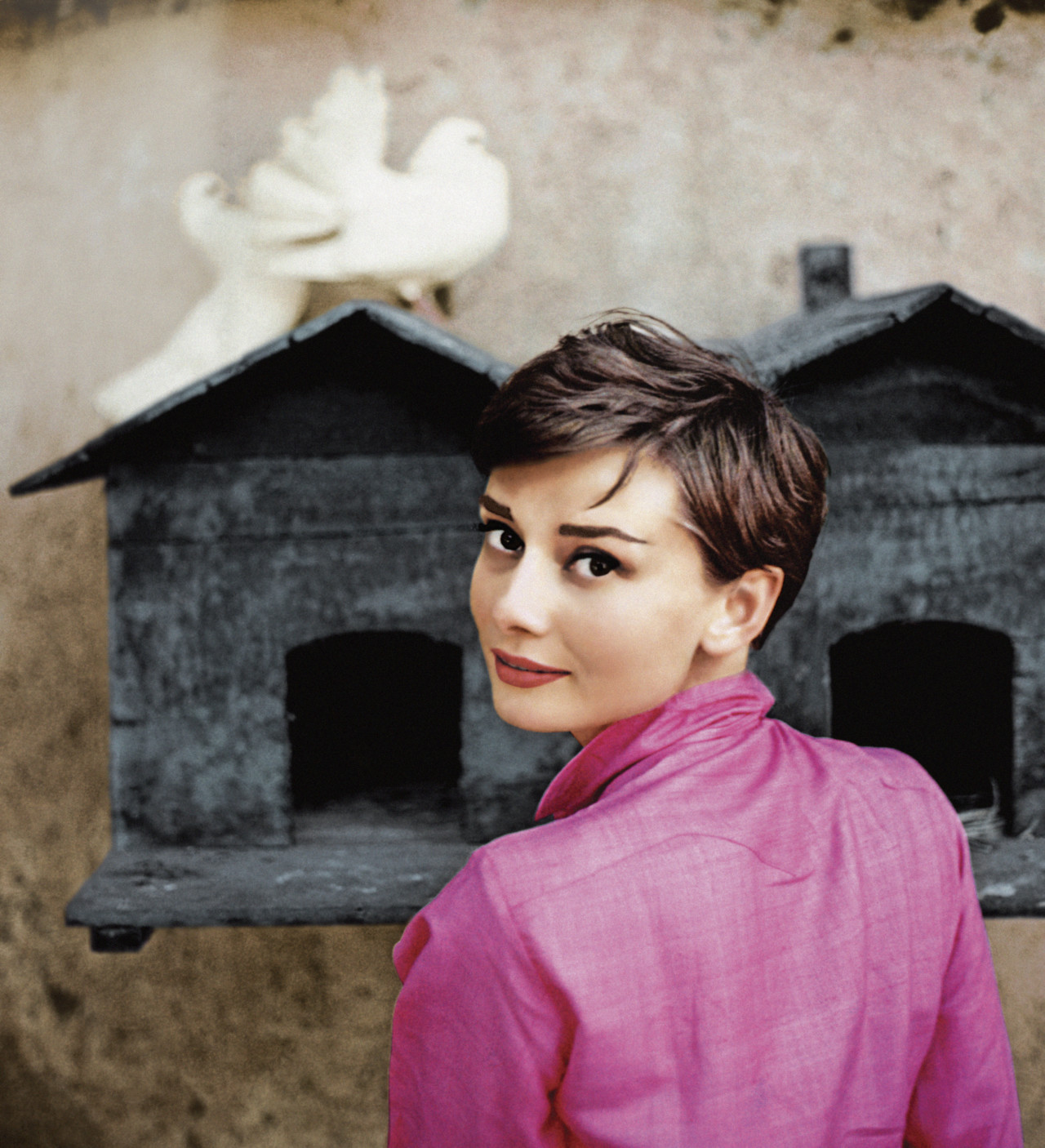 Born Audrey Kathleen Ruston in Ixelles, Brussels, Hepburn grew up between Belgium, England and the Netherlands, moving often thanks to her father’s work in a trading company. But after Britain declared war on Germany in 1939, the then ten-year-old Hepburn was moved from England, where she had been at boarding school, to Arnhem in the Netherlands. Her mother hoped that there, as was the case during the First World War, they’d be protected by the country’s neutrality; but instead, once Germany invaded in 1940, the Netherlands succumbed to a five-year occupation. Their family quickly fractured. Hepburn’s father was a known member of the British Union of Fascists, and had left his wife and children in Brussels five years earlier to move to London to support Fascist activity there. (His daughter didn’t see him again until many years later.) In Arnhem, her two brothers were recruited into a German labour camp, and went into hiding, respectively. As an aristocratic family with suspected  – but seemingly unfounded – connections to the resistance the Hepburn-Rustons’ prominent role in Dutch society left them vulnerable to persecution by the Nazis. 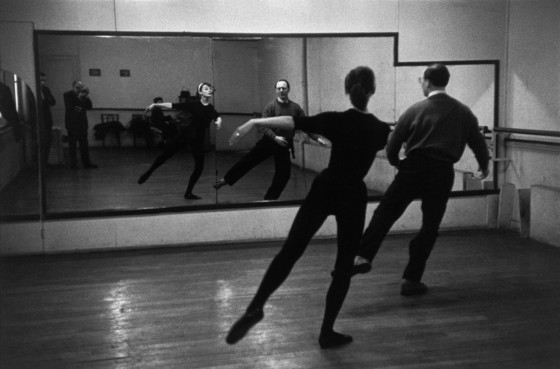 "A dancer, actress, mother and human rights advocate, Hepburn’s extraordinary start in life seemed to calcify within her an empathy that connected her to everybody she met."

Hepburn had begun to study dance at boarding school in England, and continued after moving to Arnhem. But while her study of movement would stand her in good stead for her career to come, both her height, and the impact of years of wartime malnutrition would (as she learned on moving back to London in 1948, to study at the Ballet Rambert) prevent her from ever achieving her dream of becoming a prima ballerina. Heartbroken by this news – she refused to pursue a career as a secondary dancer – she turned to modelling, and then acting, instead. That same year she appeared in a few West End musicals, and had minor roles in television plays and a few films. As the story goes, though, it was the French author Colette who truly discovered her, aged 22, on the French Riviera, and immediately cast her in Gigi, the 1951 Broadway play. “The first thing I saw when I came to America was the Statue of Liberty. The second… Richard Avedon,” her son Sean Hepburn-Ferrer recalls her telling often of that arrival, in the book Audrey Hepburn, A Elegant Spirit. 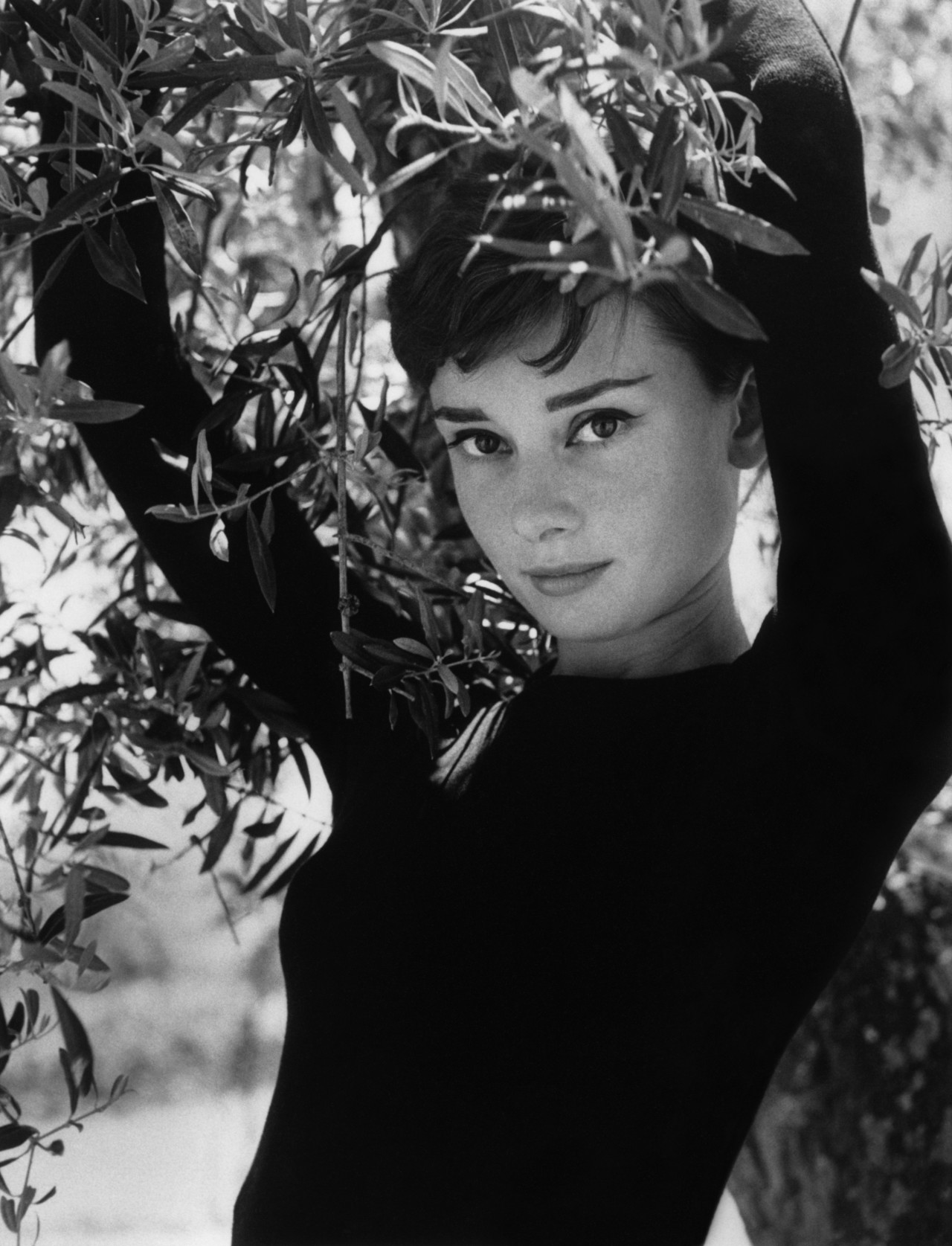 Hepburn was many a photographer’s favorite subject, her pixie-like features and playful nature – on top of her celebrity – ensuring she was photographed extensively throughout her life. Among the most compelling of these images are those snapped on set while filming – which are captivating because, rather than in spite of, the fact that they depict an actress utterly absorbed by her craft. She is captured by Dennis Stock, playing with dogs, which she loved throughout her life, on the set of 1954’s Sabrina, or by David Seymour, in the studio during a ballet rehearsal for Funny Face. In these images each photographer distills a diligence utterly unique to her – her elfin features and slight physique entirely engrossed in the task at hand.

"She is a wistful child of a war-chided era, and the shadow thrown across her youth underlines even more its precious evanescence. But if she can reflect sorrow, she also seems to enjoy the happiness life provides for her with such bounty." 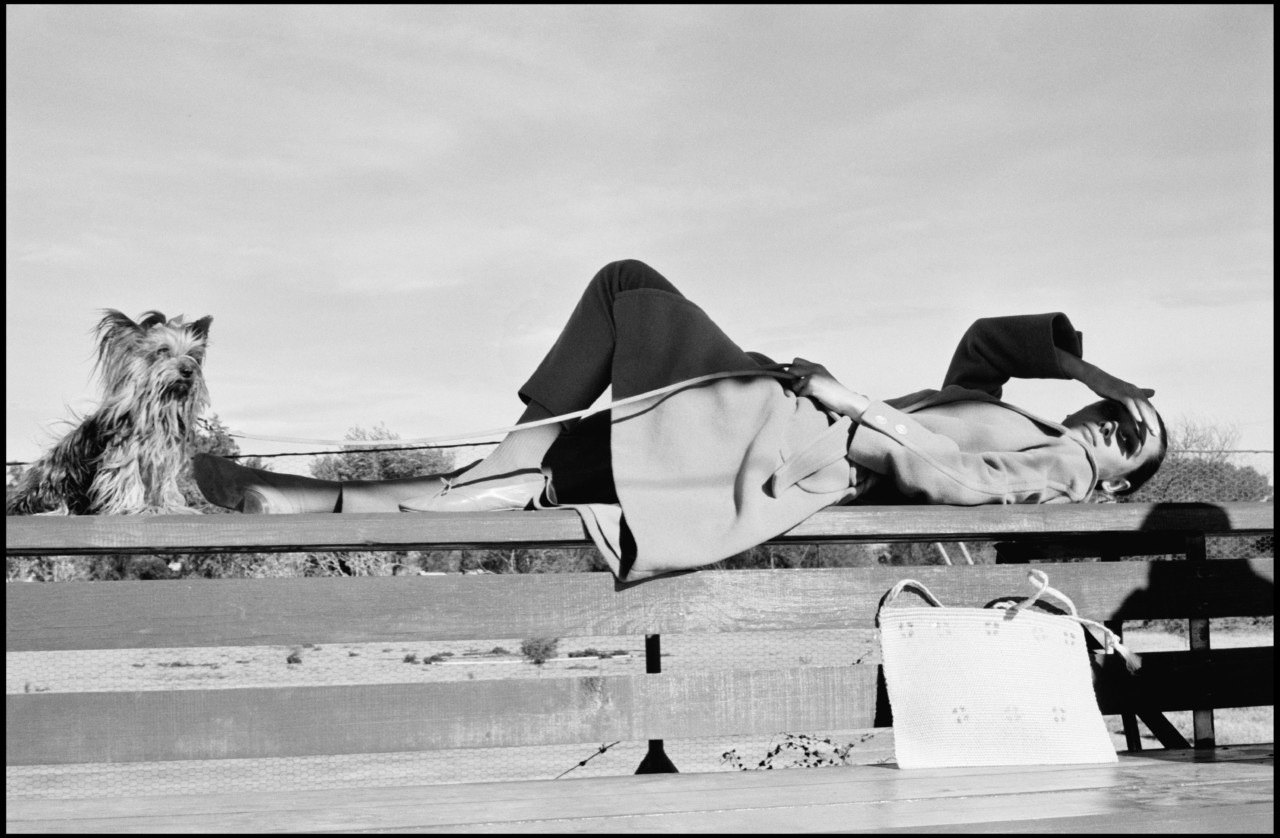 And while she made her name in cinema, Hepburn’s influence upon the world of fashion was similarly profound: thanks, in part, to the lifelong friendship she shared with Hubert de Givenchy. The couturier was at first somewhat underwhelmed, as he told Osman Ahmed for anothermag.com in 2016, by the young actress who appeared at his door dressed in the striped T-shirt of a Venetian gondolier and a simple pair of trousers, having sought him out to design her costumes for Sabrina. “I was expecting Katharine Hepburn. I was quite astonished when this young, small, sparky girl showed up.” Her simple outfit belied a sense of style which would, of course, mark her out as an icon for generations to come. “I don’t think she had ever seen a piece of haute couture before… I was busy preparing my next collection so I told her I wouldn’t be able to do it, but she was very persistent. She invited me for dinner, which was unusual for a woman to do back then, and it was at dinner that I realized she was an angel.” 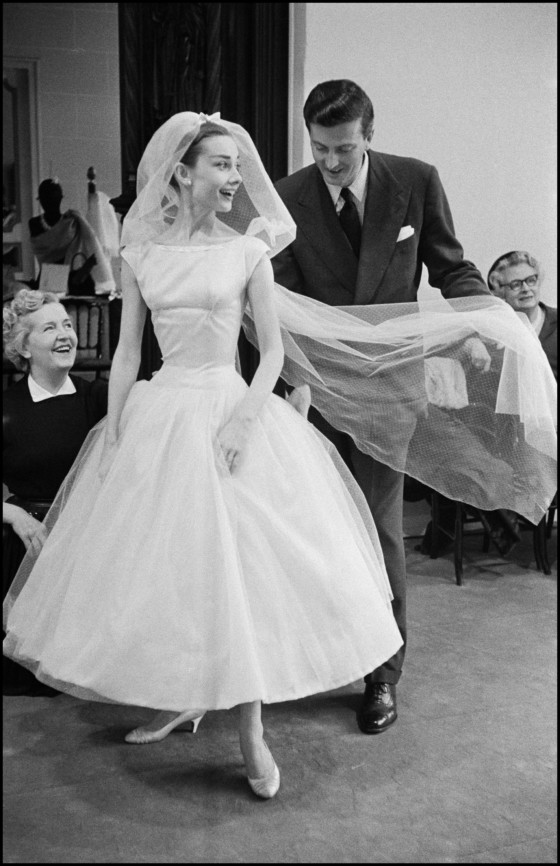 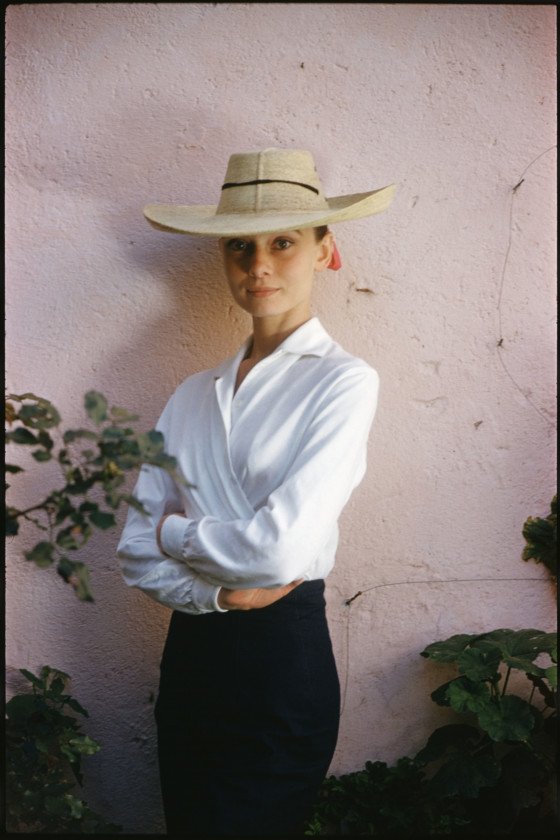 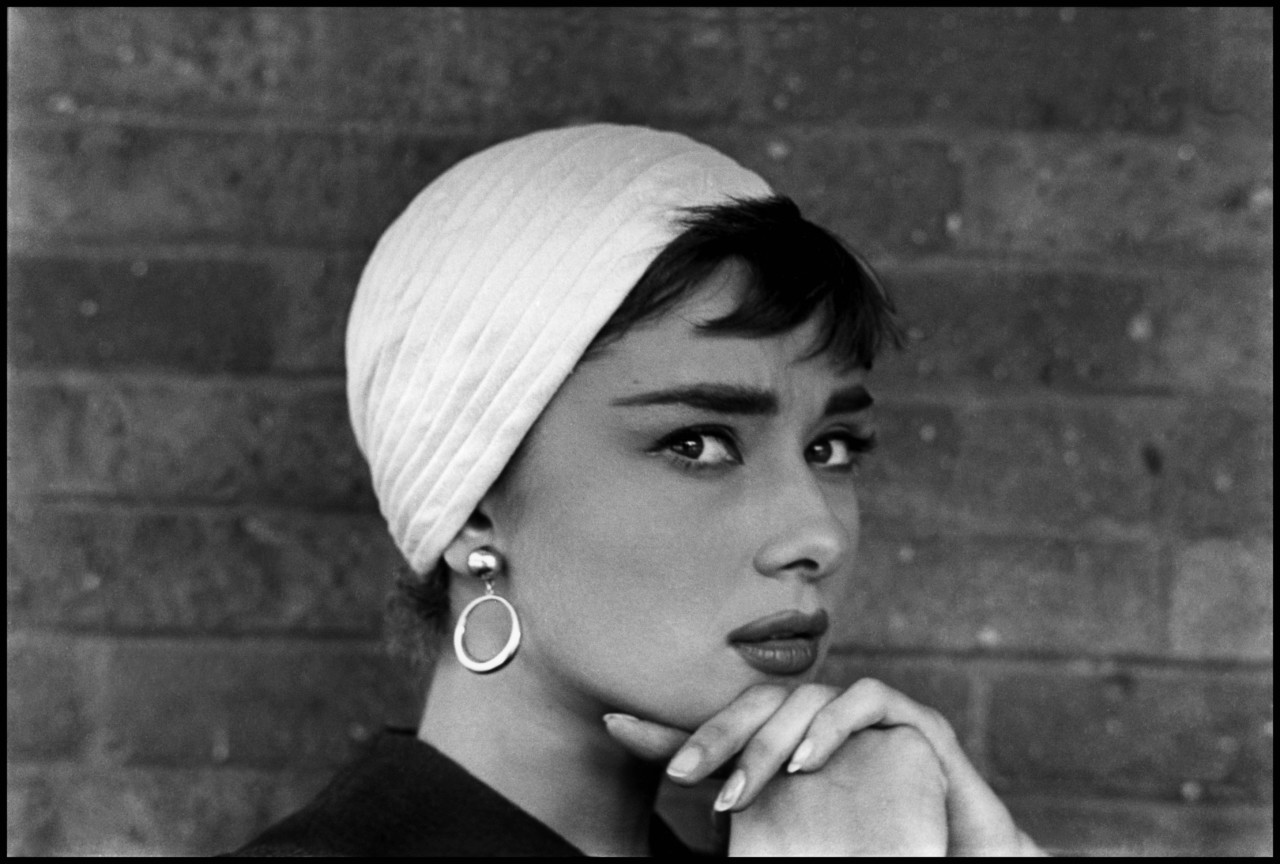 Hepburn wore Givenchy’s elegant, fluid silhouettes throughout her life – and cared for them with the same discipline that she did everything. “If the lines were pure and elegant, it was because she believed in the power of simplicity,” Sean Hepburn-Ferrer remembers. “Once she found her look, she stayed with it throughout her life… ‘Take good care of your clothes,’ she would say, ‘because they are the first impression of you’.” 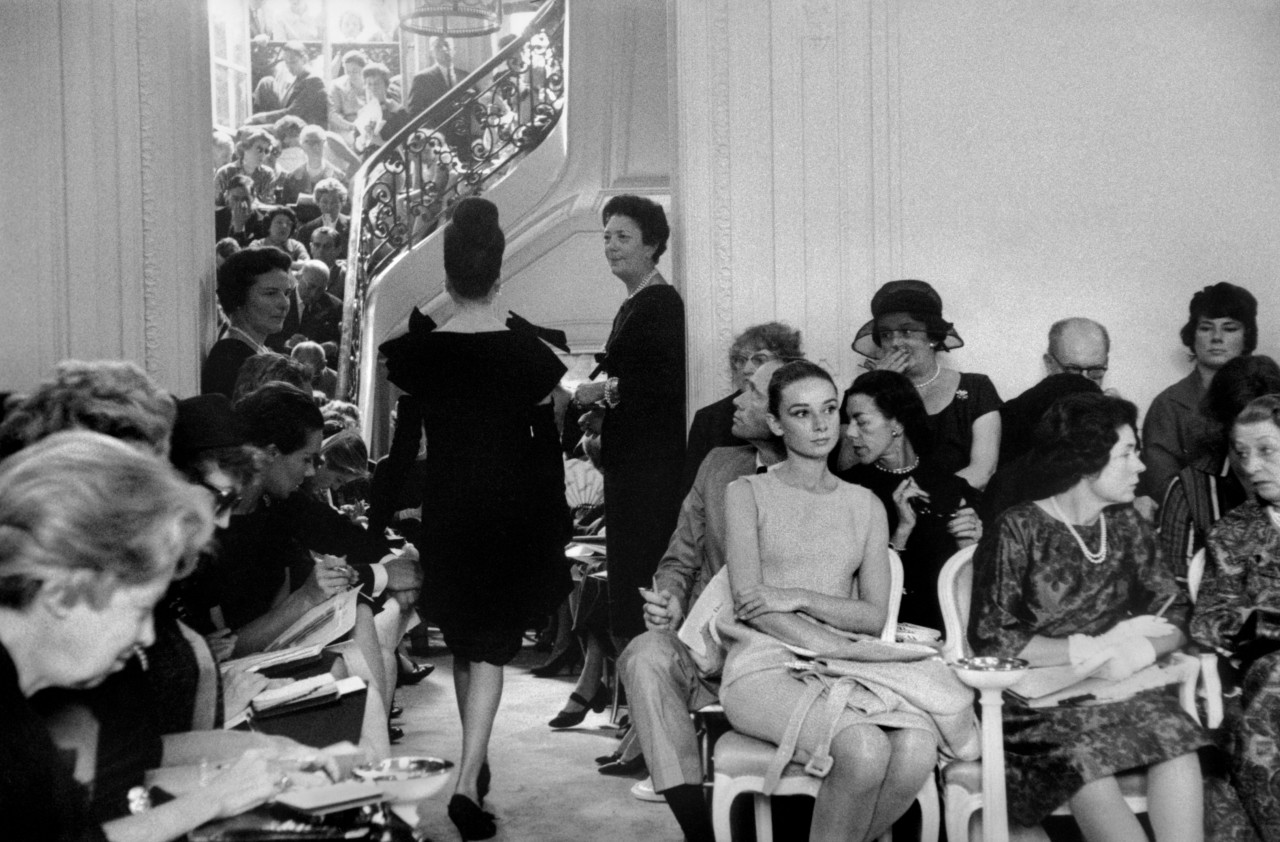 Nonetheless, she was wary of the spotlight, feeling ever guilty when the paparazzi trailed her and her young family around. After the arrival of her children she largely stepped away from her life of Hollywood glamour in order to care for them, which she did until they had grown up, at which point she turned her attention to her work with UNICEF instead. As a trajectory, it made sense; in this work, Hepburn was able to soothe her sense of discontent about the state of the world that had been stoked by her own early hardship.

And to Cecil Beaton, who photographed her again and again, it was this innate sadness, above and beyond any gamine quality of her appearance, that made her such a rich character to capture on film. “She is a wistful child of a war-chided era, and the shadow thrown across her youth underlines even more its precious evanescence. But if she can reflect sorrow, she also seems to enjoy the happiness life provides for her with such bounty,” he wrote in Vogue, in November 1954.

It was a rare phenomenon to find somebody so young who had such inherent ‘star quality’, he continues: “As a result of her success, Audrey Hepburn has already acquired the extra incandescent glow which comes as a result of being acclaimed, admired, and loved. Yet while developing her radiance, she has too much innate candor to take on that gloss of artificiality Hollywood is apt to demand of its queens.” 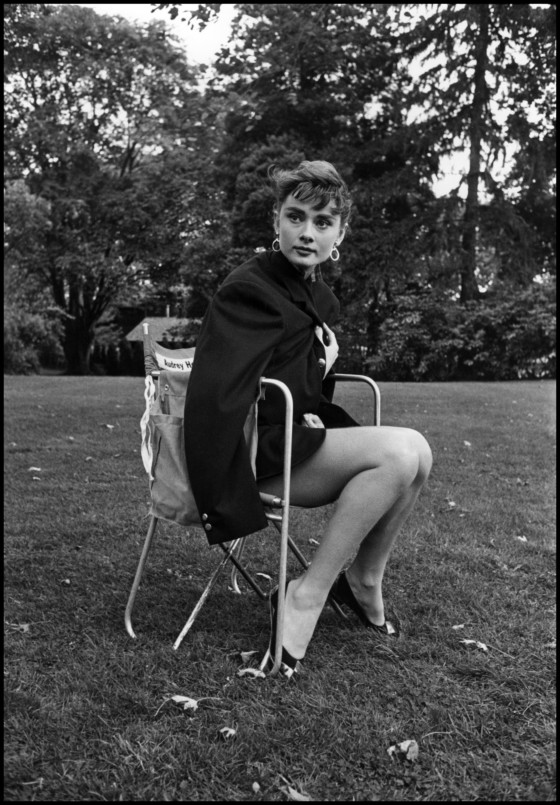 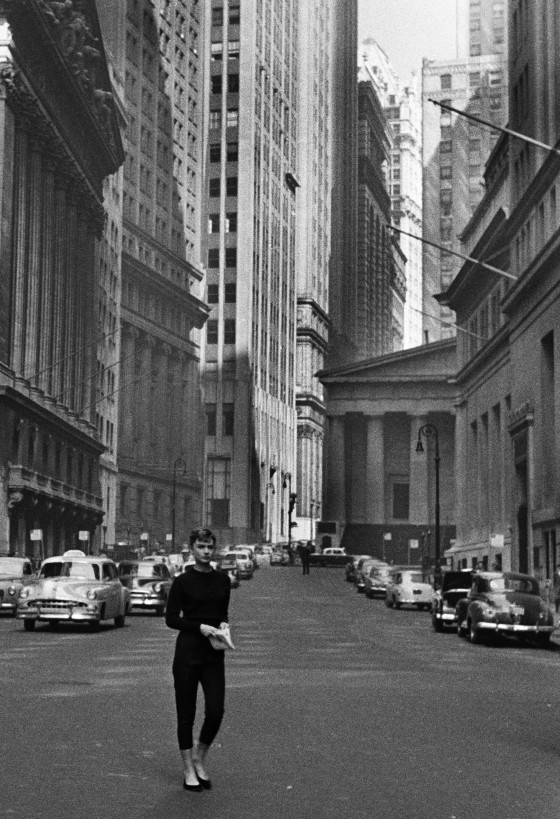 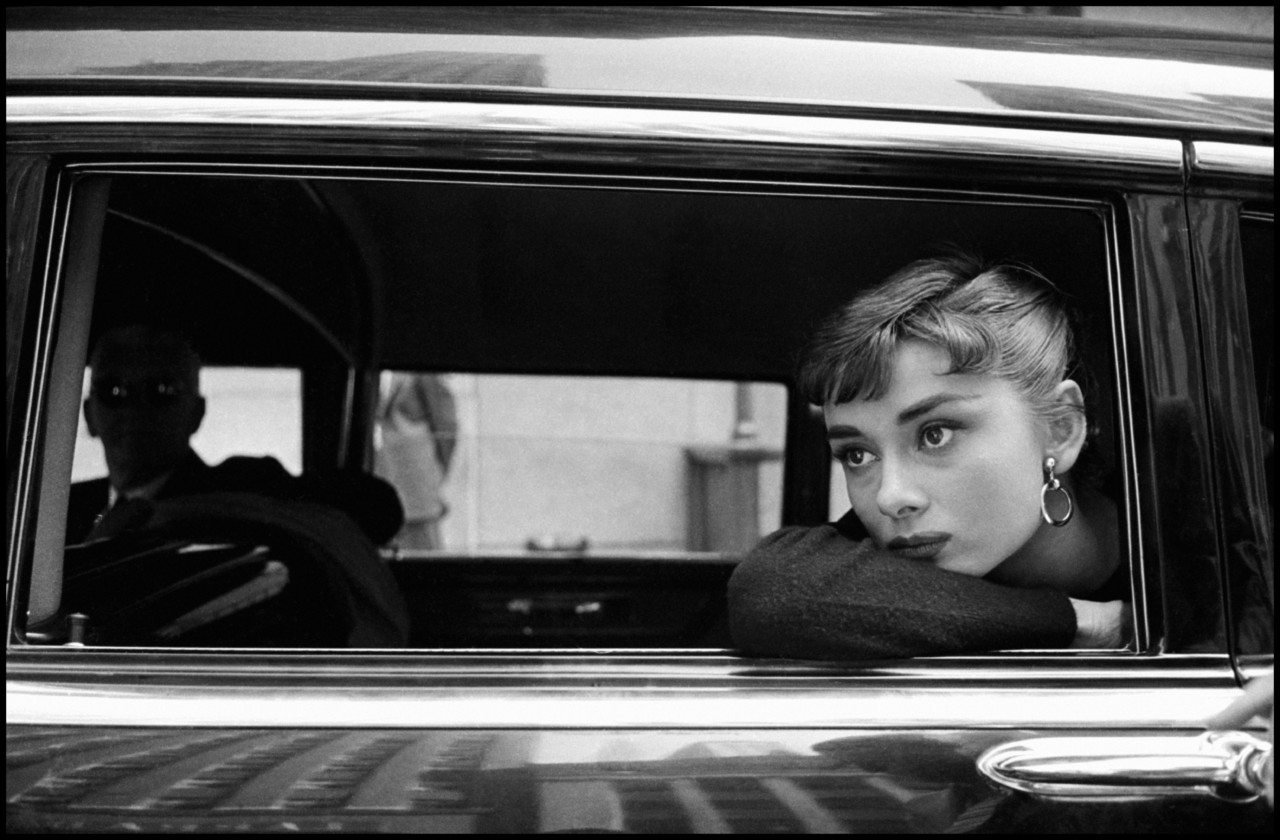